Research Laboratory for Differential Equations and their Applications

Members of the research laboratory

Earlier members of the research laboratory

Activity of the research laboratory

The task of the research laboratory is to study the qualitative and quantitative properties of the solutions of ordinary, functional and partial differential equations, integro-differential equations and difference equations. Similar fields such as integral equations and integral and differential inequalities are also studied. Our aim is to develop new theoretical and numerical methods and applications to practical problems. Our results are mainly motivated by mathematical equations describing biological processes, neural networks and by models of mechanical motions.

Our research is related to the following topics: Asymptotic characterization of solutions; integral equations and inequalities in measure spaces; differential equations with state-dependent delays and abstract differential equations, stability, periodicity, boundedness and applications. In the research period 2016-2020, we have published 42 research papers, including 1 monograph, and 30 have appeared in international journals with impact factor. The total impact factor of these papers is 46.59. We have counted 863 citations of our papers in the last 5 years, including 72 citations of the 42 papers published in the period of the project. We presented 28 invited lectures and 9 contributed talks at international conferences and we gave 7 invited talks in research seminars at national and foreign universities.

Introduction of the head of laboratory 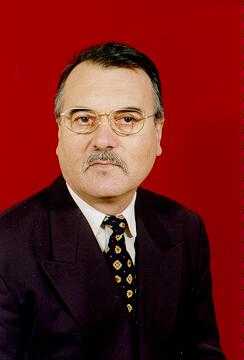 István Győri (MSc, University of Szeged, Hungary, 1968; CSc, Hungarian Academy of Sciences, Budapest, 1976; DSc Hungarian Academy of Sciences, Budapest, 1992) worked at A. Szent-Györgyi Medical University, Szeged from 1968 to 1993, where he was the founder and head of Computer Center (1970-1993). He was a Visiting Professor at University of Rhode Island (Providence, USA) from 1987 to 1989. He is a professor and head of Department of Mathematics and Computing, University of Pannonia (formerly University of Veszprém) from 1993 to 2013, and a professor emeritus from 2013. He served as a rector of University of Veszprém 1995-98. He received Grünwald Géza Award, János Bolyai Mathematical Society, Hungary, 1978; Neumann János Award, János Neumann Society of Computer Science, Hungary, 1992; “Prof. Hermann Niemmeyer Fernandez” honorary professorship at University of Santiago, Chile, 1994; Széchenyi Research Scholarship, Ministry of Education, Hungary 1997-2000; Bolyai Farkas scientific award from “Arany János Foundation for the Science” (foundation of the Hungarian Academic of Sciences), 2000;Albert Szent-Györgyi Research Award, Ministry of Education, Hungary, 2000; Order of Merit of the Hungarian Republic, Knight's Cross, 2009, Prima Prize, Veszprém County, in science category (2010), Eötvös József-wreath award of the Hungarian Academy of Sciences (2018). He is a founding member of Information Science & Technology PhD School, University of Pannonia; Editor-in-chief of „International Journal of Qualitative Theory of Differential Equations and Applications” (India) (2007-2016); Member of the editorial board of „Functional Differential Equations” (Izrael); „Advances in Difference Equatons” (USA); „Journal of Advanced Research in Dynamical and Control Systems” (USA); „Communications in Differential and Difference Equations” (India); „International Journal of Difference Equations and Dynamical Systems” (India); „International Journal of Dynamical Systems and Differential Equations” (India); „Far East Journal of Mathematics” (India); „Pacific-Asian Journal of Mathematics and Mathematical Sciences” (USA); „Mathematical Notes” (Miskolc, Hungary); „Alkalmazott Matematikai Lapok” (Hungary). István Győri has published 231 papers including 1 monograph and 151 journal papers, and he has more than 3700 independent references for his work.